A special thanks to one of our subscribers who suggested it. For some time, we have show how crime moves over a selected period of months around a specified radius around a postcode centroid – anywhere in England, Wales or Northern Ireland covering some 1.6 million postcodes and 3, 2, 1, 0.5 and 025 miles radiuses. Then somebody pointed out, why don’t you just show a heatmap for a range of months as a static image?

Here is a static heatmap image of 1 mile radius around the postcode for 10 Downing Street – just in case you happen to live or work there . . . 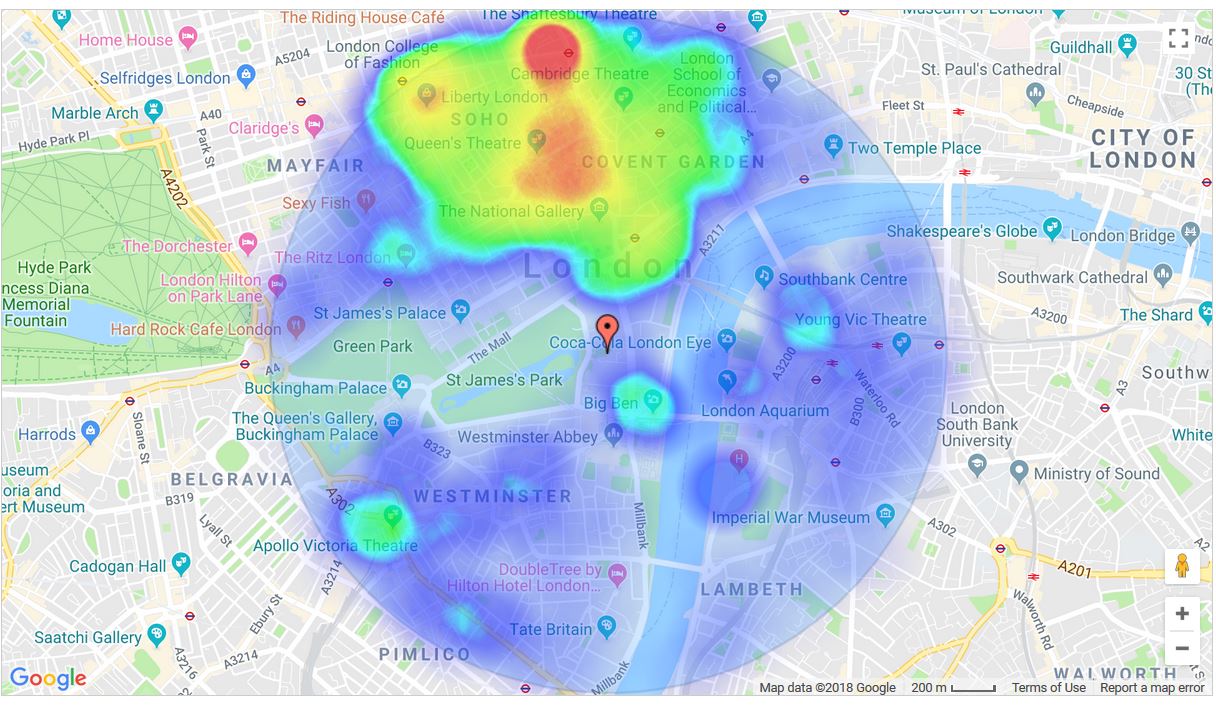 As you’ll see, most of it is concentrated in the Soho area to the North, there’s a spot around Big Ben, which will be Westminster Tube Station. Then there’s a bit around the South Bank and Victoria Station. 10 Downing Street though looks nice and safe, as you might expect.

By the way, we have to make this a subscriber only feature because it’s quite server intensive. With a login, you can run a static or monthy by month heatmap from this link here http://ukcrimestats.com/MembersArea/Heatmap/.