Whilst we wait for www.police.uk, a government-sponsored website competing in and crowding out a supposedly emerging open data marketplace,  to have a full run of publicity – The Sunday Times yesterday, press today and tomorrow – pending a late release of monthly and additional data that we as 3rd party developers were not consulted on – I wanted to highlight one of the few crimes to be growing significantly on an annual calendar basis – bike theft. 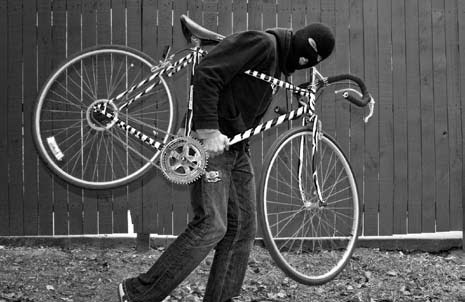 Bike theft is such a problem because according to research by Halfords, in 2010 of the estimated 533,000 bikes stolen, only 115,147 were actually reported to the Police.

It’s not just that victims don’t believe the Police can do much about it. There has to be an easier way of registering crimes like these with the Police to close the gap between reported and actual theft. It also seems reasonable to get some more granularity here.  The offence of “Theft of a pedal cycle” is currently classified under “Other” crimes on our website and Police.uk. Would it really be so terrible to share with us – with the consent of the owners – where those bikes were actually stolen from?

Victims of bike theft would have far more incentive to report the loss if they knew that everyone could see where it happened on a map and at what time. We could then quickly work out where the hotspots were and owners could take additional security measures while Police Forces and local communities could start to take preventative action or at least ask some searching questions about the apparent lack of progress.