Which of these is correct? 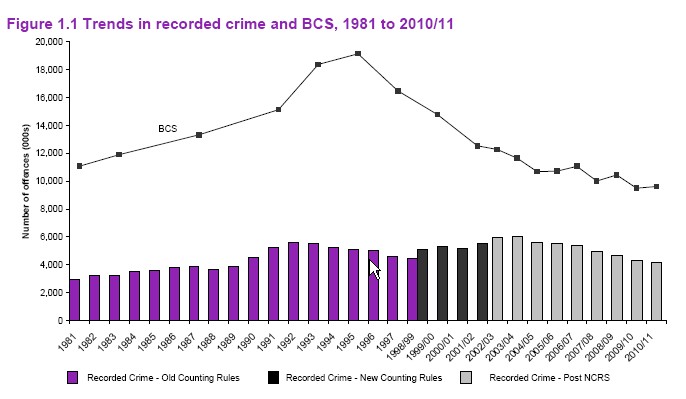 The answer has got to be both and neither of them.  I don’t think you’ll ever get 100% capture of all the crimes and I have my doubts about the British Crim Survey.  Still, there is a big gap between the two because the BCS allows for unreported crime which seems to have peaked in the mid to late 90s at around 12 million plus.

A long-term policy goal should be to keep narrowing the gap between the two.  That would I suggest require some radical innovation to the lower the cost and inconvenience in reporting crime i) by the victim and ii) the recording of the crimes by the Police and Insurance companies.

See the latest annual British Crime Survey here from where I extracted this chart, Figure 1.1 on page 15.